Last week, Trump appointee Alison Kelly ordered public servants working for the Centers for Disease Control (CDC) not to use the following seven words in the President’s forthcoming budget:

There is absolutely nothing dirty about these words. It’s just outright censorship of our scientists and their science.

James has always stood with our scientists.

If you stand with James and our scientists, then consider showing the Trump Administration by donating here. 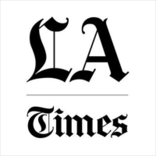 “It’s as though Trump officials think eradicating the words can make the concept disappear. And there is a certain appeal to that. Like, if we could just stop saying, “Trump administration,” and make it go away.”

In 1973, when Pacifica radio played a recording of Carlin’s comic joke about 7 word you cannot say on TV, the FCC fined the radio station for inappropriate language. The station appealed the fine all the way to the U.S. Supreme Court but lost.