Thank you and congratulations!

While this Primary did not turn out the way my team and I had planned and hoped, we are very proud of the honorable, clean, and substantive campaign we ran and the progress made in a part of Harris County typically ignored by the Democratic Party leadership.

At every opportunity, our campaign kept the pressure on John Culberson by holding him accountable and made the case to voters that Democrats are the agents of change and prosperity. Our campaign did not attack our Democratic opponents or allies; we kept positive and on the issues. When we did hit hard, it was with an ad placing the blame for a lack of flood control where it belongs on the 2 decade incumbent. With this ad, we offered primary voters a prelude of what to expect in the general election.

At every opportunity, our campaign demonstrated that the values of this District overlap with Democratic values and policies. We did not force our values on others, like the Tea Party does. As an example, we built a consensus among oil and gas workers and renewable energy workers on the future of the Energy Capital and how Congress can help shape and accelerate that future. Americans are tired of divisive politics, and often stay home because they see both parties choosing one side at the expense of a better, fairer outcome. Policy making should not be a zero-sum game. Rather, diversity is a strength only when all of the colorful strands are woven together into a strong beautiful fabric.

At every opportunity, our campaign escaped the political bubble and reached out to new groups and new people to welcome them into the election process so that their voices could be heard. As designed, this illegally gerrymandered District simply does not have enough Democrats.  This cycle we were joined by Indivisible, Swing Left, Mom’s Demand Action, 350.org, and other grassroots organizations and clubs. To win in November we must not take any voter for granted, nor should we require progressive litmus tests that only serve to divide us.

I hope whoever emerges from the Runoff continues this work of truly representing the people in District 7. Everyone agrees Congress is broken. Everyone agrees that the principles of our Constitution are being neglected. Everyone fears the future rather than looks forward to it. We must continue to offer solutions that respect our Constitution and values. Democrats must present a future where everyone is included and treated equally under the law.

Congratulations to Lizzie Pannill Fletcher and Laura Moser. Congratulations to the voters of Congressional District 7 for casting 53.7% of their votes for women (something I just could not offer this cycle). Thank you to Alex Triantaphyllis, Joshua Butler, Ivan Sanchez and Jason Westin for “being in the arena” with me.

I want to thank everyone who donated; most of you did it multiple times because you understood the need for persistence. I especially want to thank my team, both current members and my vast alumni network. When professional graphic designers, CPA’s, marketing professors, traditional and social media experts, community leaders, and other skilled and talented individuals donate their time, it does not appear in an FEC report.  It is what real grassroots campaigns are made of.

My greatest gratitude and appreciation are for Dorina. She is both my strongest supporter and toughest critic. Together, we made sacrifices, and together, we are humbled from the generosity and kindness of the countless new friends we have made along the way.

Dorina, my team, and I are all very proud of the campaign we ran. We are sad to see it end, but we are very content to know we gave it our best and started something that has echoed across Harris County and the nation. May God bless each of you, the great state of Texas and these beautiful United States. May He give us much continued strength and wisdom to work together for a fair, just, and sustainable America. 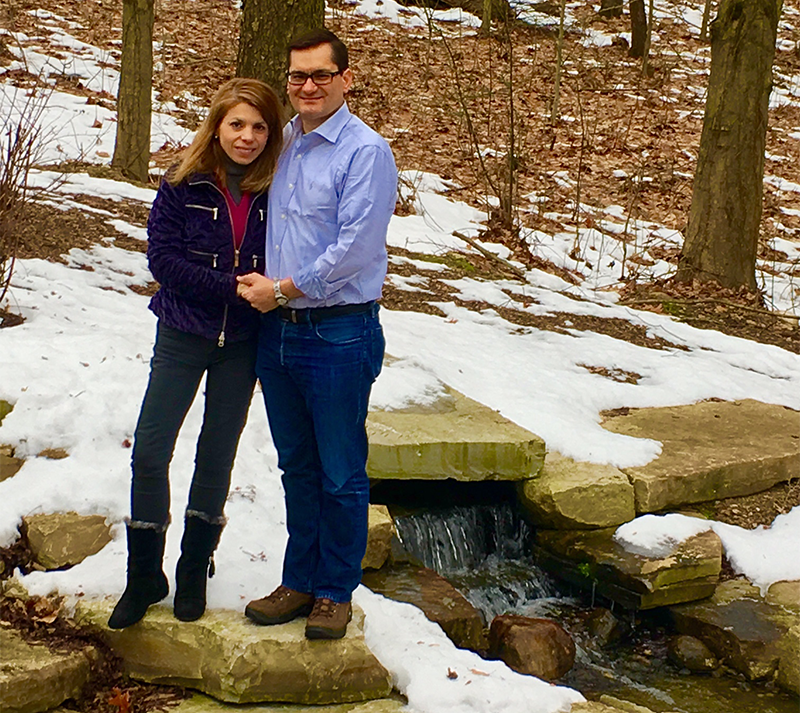