We share a common experience as Congressional staffers – you worked for House Minority Whip David Bonior (D-MI), and I was privileged to work as Staff Counsel for Speaker Jim Wright (D-TX), when he served as Majority Leader.

I enthusiastically endorse your candidacy.  You have demonstrated your commitment to the highest standards and traditions of the Democratic Party:  your strong commitment that all Americans are and must be treated with equality, a keen sense of Social Justice, our need for a strong National Defense, and, a strong economy that offers meaningful employment for all Americans and more,

I proudly endorse your candidacy.

“I am very honored to have Steve’s endorsement,” James said upon receiving the above note, “Steve recalls a Congress that respected the Constitution and traditions that allowed for robust debate on issues, without the destructive politics introduced by the current Tea Party.” 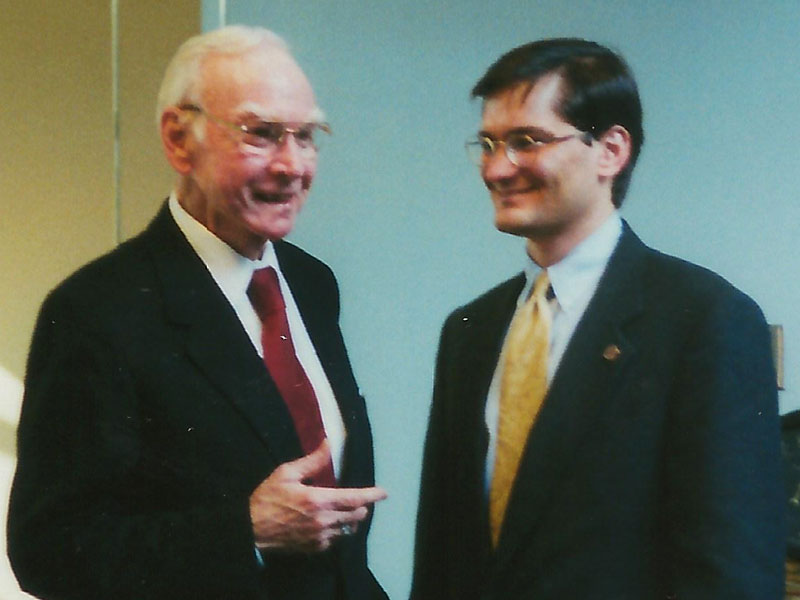 (photo of Speaker Jim Wright and James Cargas in 2000)